Imphal : The state of  lawlessness and intolerance which our country is going through is growing each passing day and the  poison communalism is penetrating  so deep that its effects are manifested in every sphere of life in the whole country.

In North Eastern states of India particularly in Assam and Manipur, communalism is spreading its tentacles across the region ranging from cities and towns.Three Manipuri Muslim boys were brutally beaten up at Mayang Imphal

Three Manipuri Muslim boys were brutally beaten up at Mayang Imphal Yangbi Garden on Thursday around 4:30 pm. The shocking incident took place after these boys came out from the garden. Two of them have died and one was luckily saved but seriously injured. The two dead boys were identified as Md, Sadam, 23  (s/o Md. Basiruddin ) and  Md. Farooque, 22 (s/o  Md. Badaruddin) from Lilong Kaleikhong while another boy Md.Zabir,19  (s/o Abdul Hakim)  of Lilong Awang Leikai  was severely  injured and admitted to hospital.  All are students. 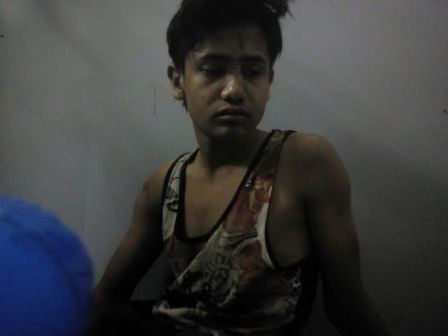 This deplorable incident is reported to have happened after the brutal assault on six Manipuri Muslim boys on 25th March, at Iram Siphai.

After these two gruesome incidents Manipuri Muslims are feeling insecured.

Media ignored, rights group didn’t condemn the incident which took place on 25th  March. It seems the communal forced have emboldened by the non action of the government.

The CM as well as local MLA did not utter even a single word on the incident and no action against the culprits was taken so far. This latest incident seems to be targeted and the particular section of the society.

Inaction of the government is encouraging the communal forces to resort to communal violence.

Mainstream media generally ignore the problems of NE so the culprits roam free in most of the cases.

What we visualized today goes in contradictory to the ideals of Gandhi that civilization depends upon the treatment that it extends to the minorities. It is often stated that protection of minorities is the hallmark of a civilized nation. Lord Acton added another dimension, the most certain test by which we judge whether a country is really free is the amount of security enjoyed by minorities. In any discussion on minorities, Nehru’s remark is often quoted, how shall we promote the unity of India and yet preserve the diversity of our inheritance? In India, after many years of enforcement of constitution, the issue of minority rights has become more complicated discourse.

The last 20 years have witnessed unprecedented marginalization of Indian Muslim community in all sphere of life. After the May 1993 riots, Manipur Muslims had been subjected to deprivation, discrimination and marginalization.