Rana Almimoni, a 30-year-old Saudi motor racing enthusiast, poses with her helmet next to her car on the track in Dirab motor park, on the southern outskirts of the capital Riyadh, on July 19, 2018. Speed-crazed women drivers are bound to turn heads in the deeply conservative desert kingdom, which overturned the world's only ban on female motorists in June as part of a much-hyped liberalisation drive led by Crown Prince Mohammed bin Salman. / AFP PHOTO / FAYEZ NURELDINE 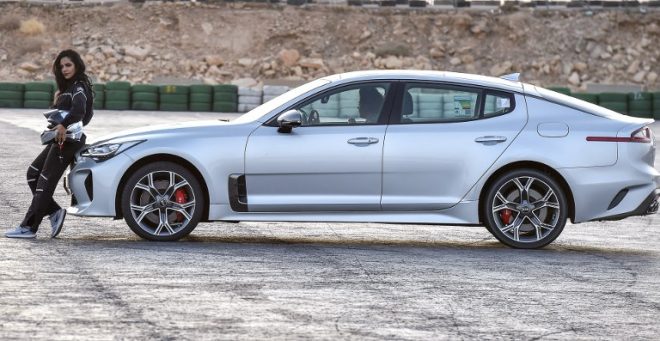