The prohibition of pork in Islam is derived from the following verse of the Glorious Qur’an:

“Forbidden to you (for food) are dead meat, blood, the flesh of swine, and that on which hath been invoked the name of other than Allah.”

The main reason pork is forbidden for Muslims is because it says in the Holy Quran that some food is allowed, while others are forbidden, and pork is one of those forbidden foods.

Pork is considered as dirty and impure, unhealthy and harmful for humans because it contains fats, toxins, and bacteria, and the way the pig spends its life rolling around in mud and its own waste describes its impureness. 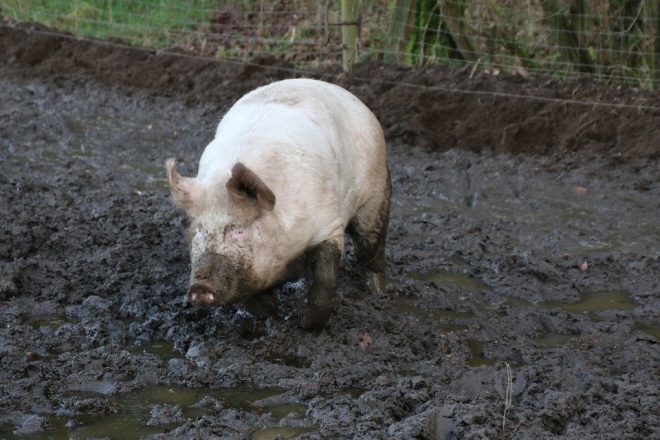 Scientists have researched this and proven this point right, Scientists has shown a correlation between pork consumption and several diseases. Eating pork can expose the individual to various helminths (worms) like roundworm, pinworm, and hookworm. One of the most dangerous of worms is Taenia Solium, which, in lay man’s terminology is called the pork tapeworm such as Hans-Heinrich Reckeweg, who argued that western populations who eat pork carry more diseases than other populations who do not eat pork.

A common misconception about pork is that if it is cooked well, these bacteria die. In a research project undertaken in America, it was found that out of twenty-four people suffering from Trichura Tichurasis (another worm commonly found in pork), twenty-two had cooked the pork very well. This indicates that the germs present in the pork do not die under normal cooking temperature.

Thus the prohibition of pork in Islam is nothing short of a blessing.