Former AISF national president Syed Vali Ullah Khadri said as usual polarisation politics is on its peak ahead of Lok Sabha elections, but fortunately, this time some mature persons having matured ideological and developmental thoughts are also in the fray. One among them is Kanhaiya Kumar.

Kanhaiya Kumar is the youth icon who raised the voice of truth in the country when the oppressive period of Narendra Modi was at its peak. The time when Kanhaiya Kumar showed the mirror to the extremist saffron elements from Jawaharlal Nehru University, was the historical turn of the country. When the patriotism and nationalism clashed with the legal questions of the people and freedom of expression.

Criticism on government’s failure was being declared as anti-nationalism and criticism on Narendra Modi as anti-Hinduism. These efforts brew disquiet among the justice loving people of the country. The environment of fear and hate was quelled by the challenge of Kanhaiya Kumar.

Now the same Kanhaiya Kumar is going to contest from Begusarai. His victory in the elections is necessary not only for his own constituency but for the entire county. Kanhaiya’s election manifesto is clean and clear. It is the battle of truth and falsehood. India needs a youth icon like Kanhaiya Kumar who has the courage to say the truth.

Saying this Mr Vali Ullah Khadri appealed Muslims in particular and all the countrymen, in general, to vote for Kanhaiya Kumar and help him reach parliament to become the voice of the country. 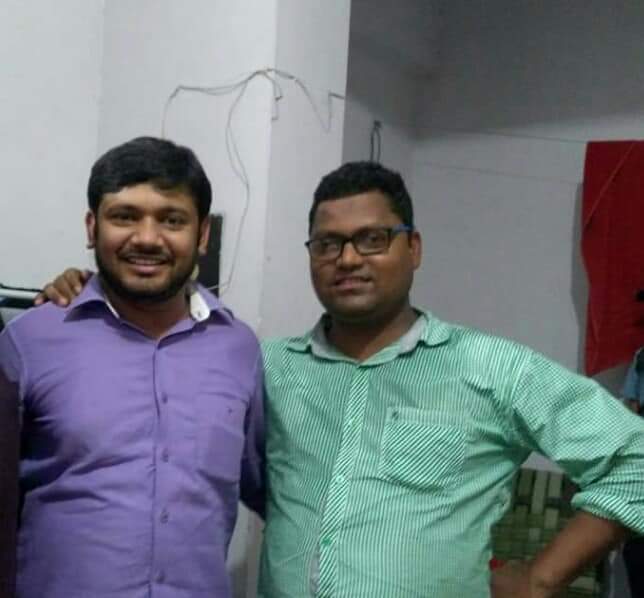