The film was earlier slated to release in China on March 22. Indian film critic and trade analyst took to his twitter handle to share the revised date for the release of the film. 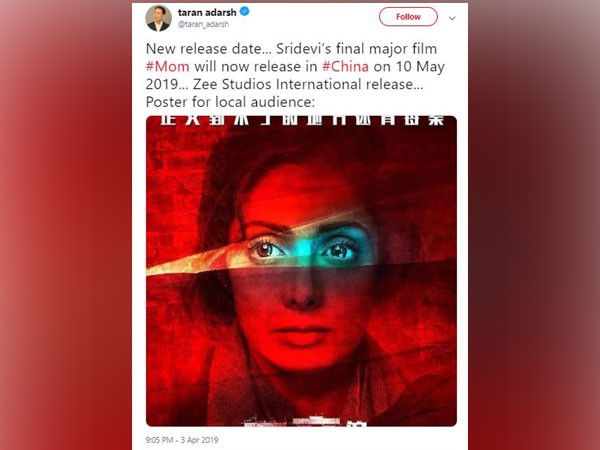 ‘Mom’ became the last film for Sridevi in the lead role after she passed away in February 2018.

The film received critical acclaim and garnered immense applause from the fans as well.