New Delhi: The Grand old Mosque, the centre of attraction of city of Shahjahanabad, ‘Jama Masjid’ had been forgotten by development and restoration authorities for last few decades.

Sprawled in 23 acres with grand structures and beautiful gardens, the Grand old mosque has been surrounded now by busy market with narrow lanes making traffic movement slow, encroached by illegal constructions making a nightmare for the tourists.

The issue of degradation of monument first came into limelight when a PIL was filed in 2004 in the Delhi High Court. Reacting to this plea, the court had ordered for restoration works of the monument to the concerned development authorities. A plan was prepared later, however it merely remained in papers only.

Until 1857 when the Sepoy mutiny took place, this place had huge importance in terms of various activities. Goods from various places were traded here, Astrologers, Professional story tellers, Young male singers had good demand for their talent. Nobles built their own mansions near the structure. Weapons, fabrics, fruits, and wild animals or birds were also sold at the bazaar. 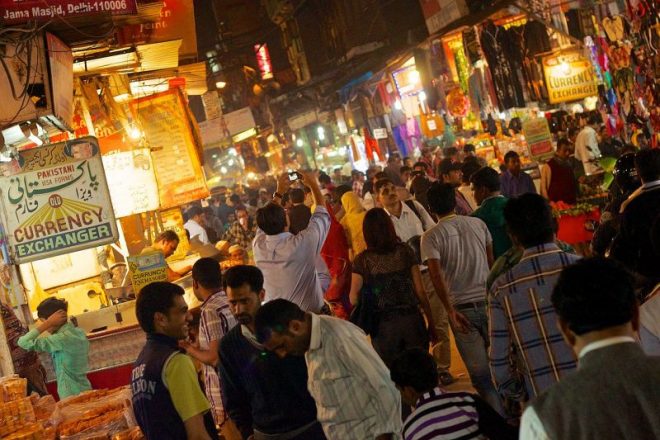 After 1857 revolt, the British demolished the market here so that a clear view of the Masjid could be visible from Redfort. This was done because the market had become a place for the rebels to gather and plan anti-British plots.
An Official privy to the development told that “The Shahjahanabad Redevelopment Corporation (SRDC) — entrusted with the responsibility of refurbishing the Walled City — has forwarded two plans, prepared by noted architect Pradeep Sachdeva and the corporation itself, to the School of Planning and Architecture (SPA) for review and comments after Lieutenant Governor Anil Baijal issued directions to expedite the project.”

“The first plan was approved by the court and DUAC 7-8 years ago. It should have been by now. Because of the delay, the community living around the mosque, is suffering and also impacting the structure,” said AGK Menon, urban planner and conservation consultant, on the proposals sent to the SPA.

An encroachment drive was taken up in 1975 but after few years the same illegal establishments cropped up near the monument.

The erstwhile Municipal Corporation of Delhi (MCD) has appointed Pradeep Sachdeva to draft the plan which was submitted to the high court in October 2006. The Delhi Urban Art Commission (DUAC) in 2009 has recommended few modifications and these were incorporated later. In 2012 it was handed over to the Public Work Department (PWD), and later to the SRDC. 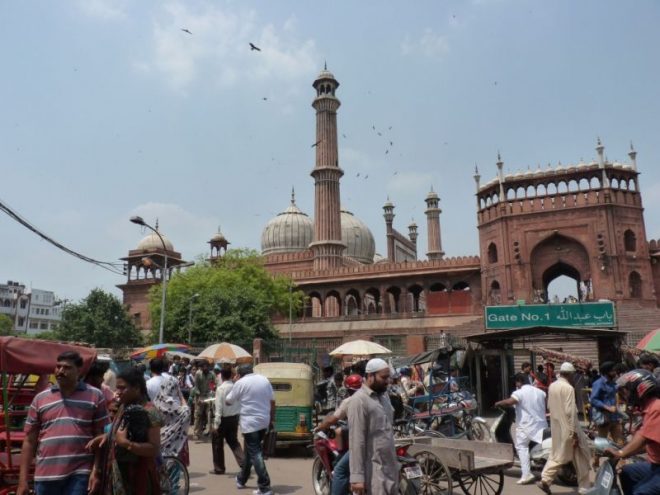 Disagreement over a proposal to relocate Meena Bazaar on a plot opposite the Parade ground parking is delaying implementation, said an Official.

The SRDC’s design, prepared by its consultant (tourism project) Vijay Singh, says the market should not be moved.
The shopkeepers of Meena Bazaar are also opposed to relocation.

“The area needs to be spruced up to bring tourists and visitors. Several research scholars come to my shop in search of rare manuscripts but return disappointed due to the poor condition of the area,” Nizamuddin, who owns 78-year-old book store, Kutub Khana Anjuman Taraqqi Urdu, in Urdu Bazaar.

“Relocation is for the betterment of the historic mosque to maintain cleanliness and safe environment in the precinct. It is imperative to maintain its historic aesthetics in coherence with the iconic structure” said Sachdeva, who has also designed Dilli Haat and the Garden of Five Senses.

Instead of shifting Meena Bazaar, Singh proposes its redevelopment as centrally air-conditioned market.

His plan divides the area in front of Shahi Darwaza into three levels. For the top level — foreground of Jama Masjid, he suggests gardens with concretised space for worshippers. His plan proposes a heritage bazaar, a banquet hall and underground parking facility with additional parking space.

At least now, the Restoration and development authorities should execute the plan as proposed and make sure that it does not threaten the livelihoods of those earning their bread in the vicinity of the Grand structure.