NEW DELHI: In the afternoon of February 18, news broke out that the mastermind of the Pulwama terror attack in which 44 CRPF personnel were killed, has been gunned down in an encounter. According to reports, Jaish-e-Mohammed commander Abdul Rashid Ghazi alias Kamran was killed after a 12-hour long encounter with security forces. The news has been reported by several media organisations which have also carried a photograph purported to be of the slain JeM commander. 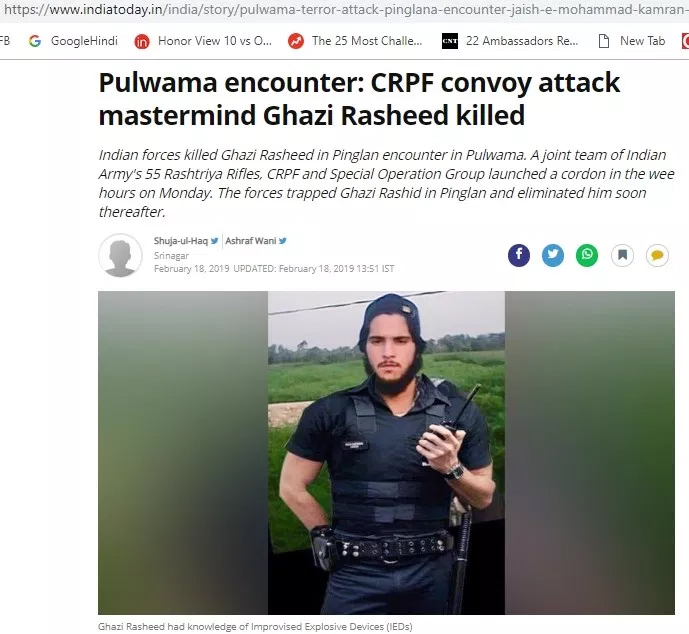 The photograph used by India Today in the above report has also been featured by several other media organisations such as ABP News, Zee News, India TV, Outlook and The Economic Times, among others.

The truth of the photograph

So @abpnewstv , @IndiaToday , @timesofindia all used a morphed picture of terrorist ..
And they morphed the body of @jonbonjovi ..
So patriotic ..
…
I shouldn't laugh ..
But .. #ROFLMAO pic.twitter.com/QRKmT3cqqM

Alt News reverse searched the juxtaposed image in the above tweet and found a photograph of Jon Bon Jovi on Pinterest which matched with the photograph of Ghazi used by media houses. 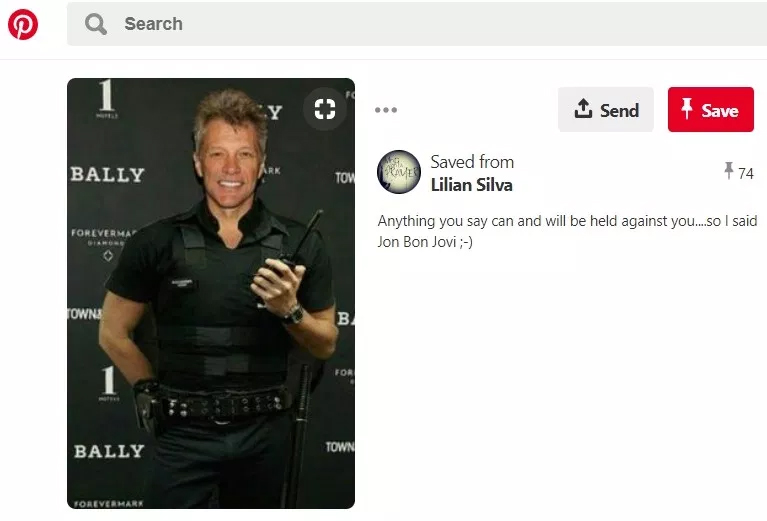 The similarities in both photos are stark- notice the left hand, with the watch and the walkie-talkie. Also, the shape of the right hand and the position of the baton and taser are identical. Alt News found several such photographs of this uniform featuring different individuals.

On further probing, Alt News found an app on Amazon called Police Suit Photo Frame Maker. In this application, one of the templates features a uniform and shape identical to the photograph of Rashid, Bon Jovi and several others found online. 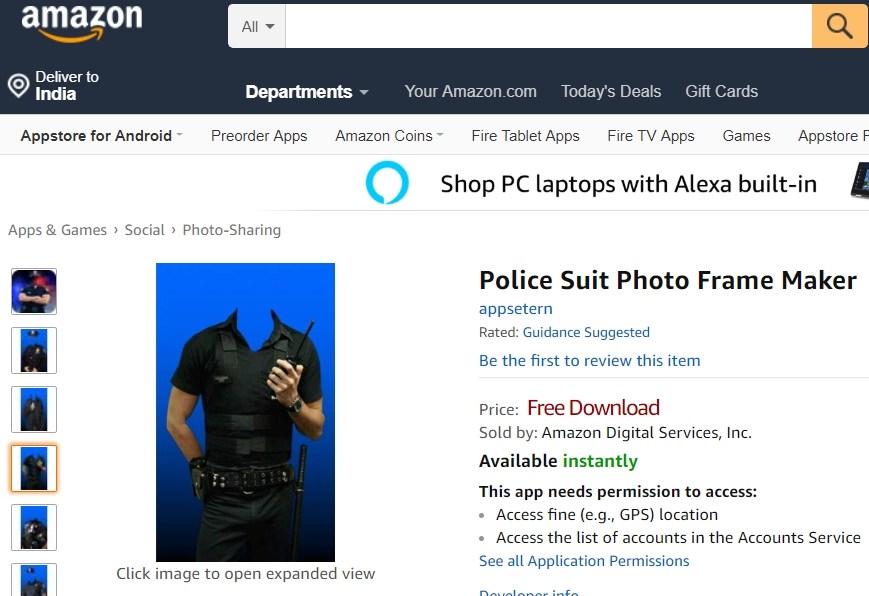 Abdul Rashid Ghazi’s face was superimposed on the template, and it is rather strange that not a single media organisation checked the authenticity of the photograph before relaying it for mass consumption. 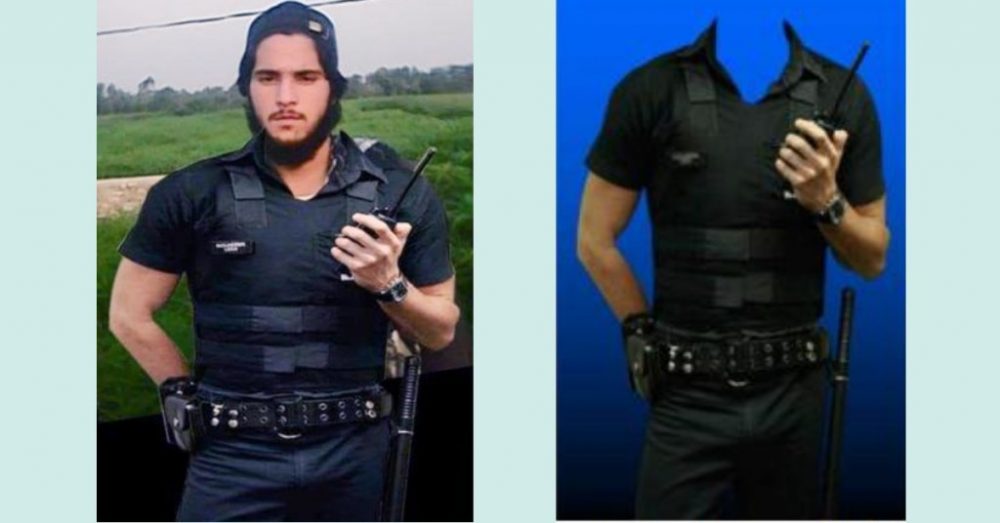 An image created using a photo software application was used across the board by several reputed media outlets.