New Delhi: As the reports of late night air strikes by the Indian Air Force on Tuesday surfaced on social media, people took to Twitter to react to the news, with #SurgicalStrike2 going viral online.

Hashtags #IndianAirForce, #IndiaStrikesBack, and #Balakot, were a few that have also gone viral.

One user tweeted, “Revenge is a dish best served cold. ….. and after midnight.” 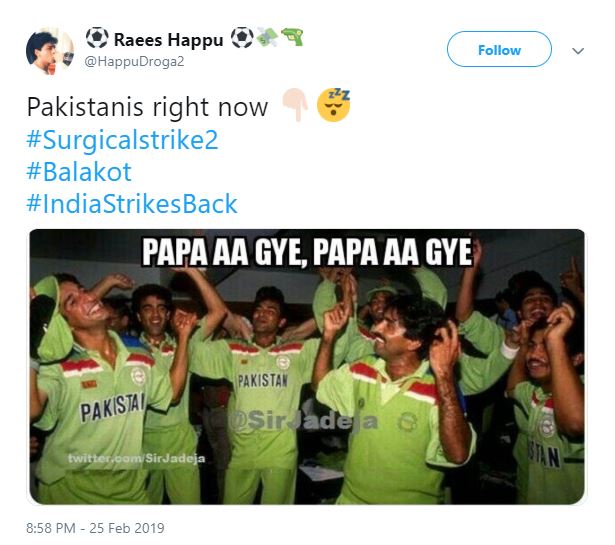 A user who claims to be a proud Indian and ‘sports lover’ could not help but draw an allusion to the IAF operation and a game of cricket. He shared a picture with the caption, “Once again Pakistan gets run-out without knowing what actually happened #Balakot #Surgicalstrike2.” 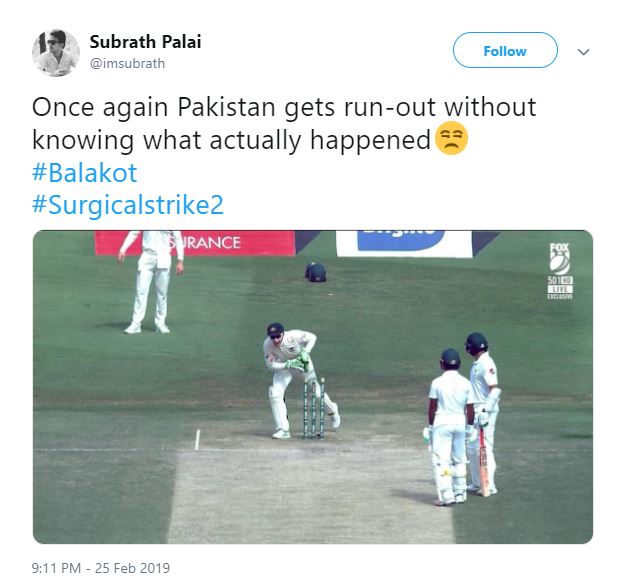 Emotions are running high, as many users tweeted against Pakistan Sympathisers, who earlier had put up the hashtag #howsthejaish.
Taking a jibe at this hashtag, one user wrote, “#Surgicalstrike2 How’s the Josh? High Sir… How’s the Jaish? Dead Sir..” 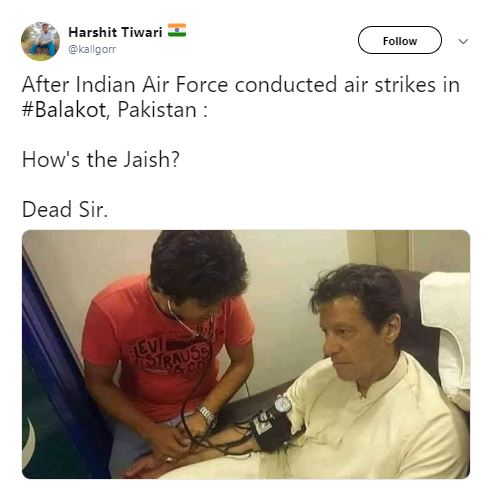 This is the first time that India has taken a pro-active action using its air force across the LoC. Notably, even during the three-month-long Kargil conflict of 1999, IAF planes did not cross the LoC while hitting the positions occupied by Pakistani forces on the Indian side.

Pulwama terror attack had led to nationwide outrage and Prime Minister Narendra Modi had vowed to punish those behind the attack.

The entire world community had expressed solidarity with India after the attack.