Cannom and his team won the award for their amazing hairstyling and makeup for ‘Vice’. It was his talented team behind the transformation of Christian Bale into former Vice President Dick Cheney in ‘Vice’, reported The Hollywood Reporter.

Following the announcement, Rishi took to his Twitter handle to congratulate Cannom. Rishi has previously worked with Cannom in ‘Kapoor & Sons’. Cannom was behind the transformation of the veteran actor in the film.

Sharing pictures from the sets of the film, Rishi tweeted, “Congratulations Greg Cannom for your fourth Oscar for the film Vice. You did Kapoor & Sons with me. Bravo!”

The 66-year-old actor then shared the his look from the film and revealed that the transformation took five hours daily.

He wrote in another tweet, “This was the transformation which took 5 hours daily. Cheers Greg Cannom from all of us. You are a genius!” 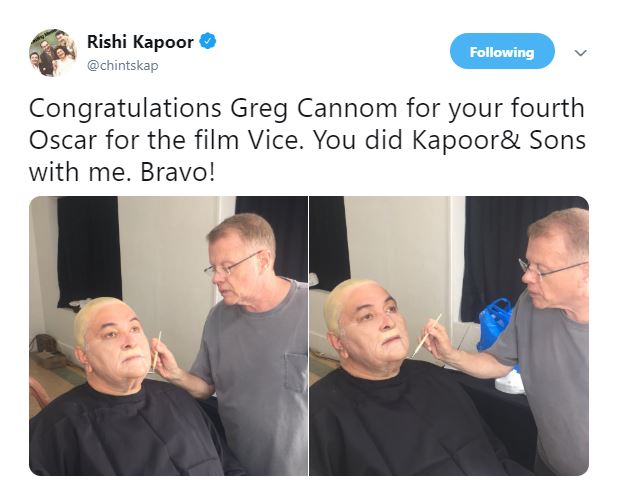 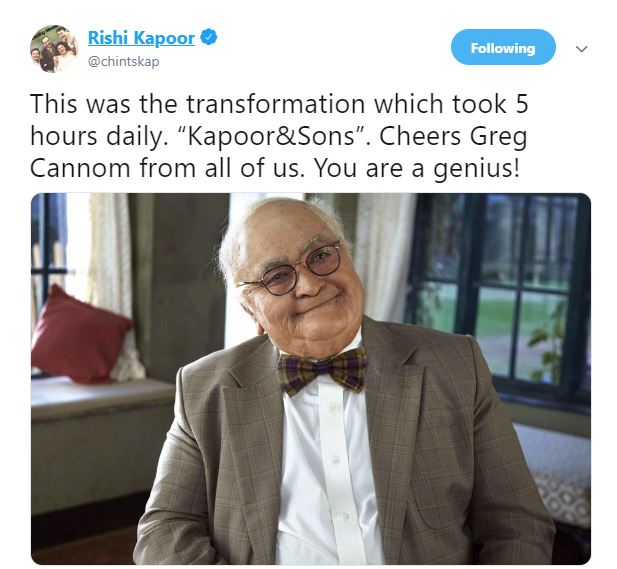 Neetu also shared the same pictures on her Instagram account and wrote, “Congratulations Greg cannom for your 4rth Oscar #kapoornsons.

This was Cannom’s 10th nomination and fourth Oscar win. He previously took home Oscars for ‘The Curious Case of Benjamin Button’, ‘Mrs. Doubtfire’ and ‘Dracula’, reported The Hollywood Reporter.

In 2005, Cannom had received a Technical Achievement Award from the Academy for development of a specially modified silicone material used in makeup.