NEW ZEALAND :To honor the Martyrs, Ms. PM Ardern said a national memorial will take place on Friday. A two-minute silence was observed at 1.32pm local timing. The Azan was called and Friday prayer took place as usual. Hundreds of people gathered around to form a human chain which symbolized to be a shield for the Muslims.

The Imam of Al-Noor Mosque Gamal Fouda said , “Last Friday I stood in this mosque and saw hatred and rage in the eyes of the terrorist who killed 50 people, wounded 48 and broke the hearts of millions around the world.Today, from the same place I look out and I see the love and compassion in the eyes of thousands of fellow New Zealanders and human beings from across the globe who fill the hearts of millions”, reports Stuff.

There was so much love and support from all the New Zealanders towards the Muslim community. New Zealand’s local newspaper has also published the Arabic word سلام (Peace) on its front page and mentioned the names of Martyrs who died in the Christchurch attack on Friday. 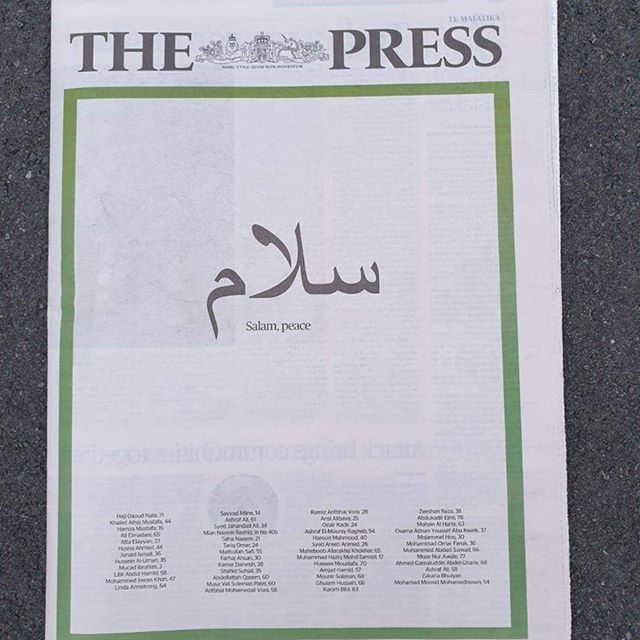 Below is a tweet of A New Zealander on today’s prayers: 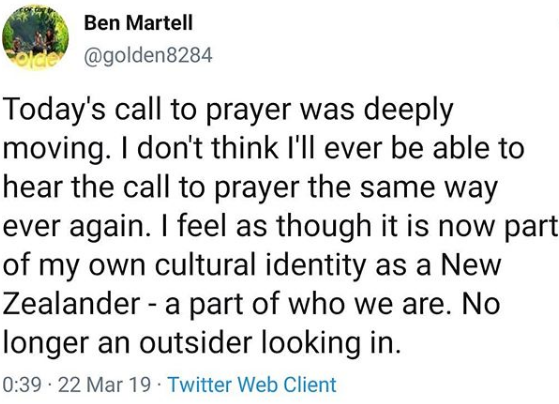