Lynching has become very common in India and no actions have been taken against the culprits. Many lynching cases have gone unnoticed or unidentified. Approximately 38 cases of Muslim lynching have been identified since 2015-2018.Apparently, in the year 2018 thirteen Muslim mob lynching cases have taken place and the numbers are just increasing with time.

A known Journalist unveiled the truth behind the Mob Lynching that has taken place in the name of religion. Bajrang Dal, members of RSS group who claims to be the guardians of their religion (Hinduism). They started a movement with the name “Gau Raksha” (Cow Protection Movement). Their motive behind this movement was to protect cows as they consider it to be sacred. After an investigation carried out by the Journalist, a new level of hypocrisy was seen by these Gau Rakshaks.

These members of RSS allow the trading of Cows after extortion and practice the killing of cow traders, consumers of beef, just to maintain an image of ‘Gau Rakshak’ and to threaten people. The story does not end there; these protectors of cows allow the transport of trucks only when the traders agree to give them the skin of these cows. They sell the skin of their sacred animal for money. What a sheer level of hypocrisy that is!

Just because of these Hypocrites who claim to be working for their religion, many innocent lives were lost. A lot of people suffered and are still suffering because of such people in the nation.

Below are the Mob-Lynching cases of the Muslims that took place in the year 2018. These are the cases in which the victims died; these are the few of many. 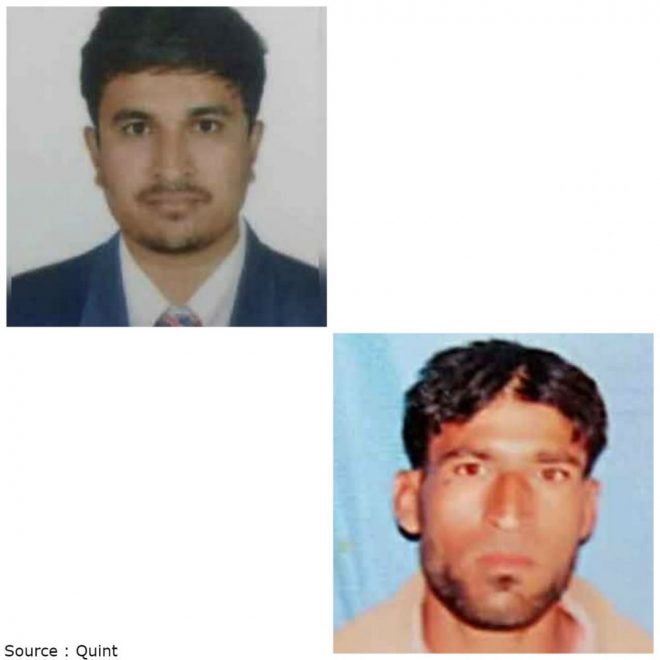 An eighty year old man was beaten up and burnt alive because of communal violence. So far, 6 FIRs have been filed and 38 people arrested with further investigations to be made.

He was beaten in Chittorgarh for fishing near a temple, no arrests have been made.

He was beaten to death in Manipur based on suspicion. Thirteen people were identified, arrests are yet to make.

In the area of Bareilly, 20-year-old Shahrukh was mob lynched based on suspicion of stealing a buffalo. No arrests have been made; police say the case is under investigation.

He was tied to a tree and beaten to death. Allegedly, he misbehaved with a woman. No case have been registered.

Akbar Khan along with another man was beaten to death, suspecting of cow smuggling. Akbar Khan died, whereas another person was injured. Case is under investigation.

A 32 year old Software engineer was beaten to death based on a rumor of child kidnapping. People who spread that news were arrested.

He was suspected of robbery and was beaten to death by villagers. No FIR was registered.

In Tripura, Zakir was killed by locals based on a speculation that he was a child kidnapper. Rumors were circulated through internet and all the Internet services were suspended for 48 hours after the incident. No FIR lodged as of yet.

Qasim along with another person Shamiuddin (65) was beaten for slaughter and theft of cow. Shamiuddin survived while Qasim died.Two persons got arrested and apparently it wasnt a case of theft.

He was arrested in suspicion of cattle theft. Four people are arrested by Jharkand police.

Apparently, Murtuza & Sarib were attacked for cattle theft. Police has arrested 4 people involved in the lynching.

Siraj was beaten to death by a mob based on suspicion of bull slaughter. Four men have been arrested.As per the records, lynching was done merely on the basis of suspicion and many innocents lost their lives. That’s how safe citizens are in our country.