Donning traditional Indian attire with a veil elegantly and beautifully covering her face, Alia looks effortlessly regal as an Indian bride, and we can’t take our eyes off her.

“To love her is to love fire. Presenting Roop,” Johar wrote while sharing Alia’s look on his Instagram page. 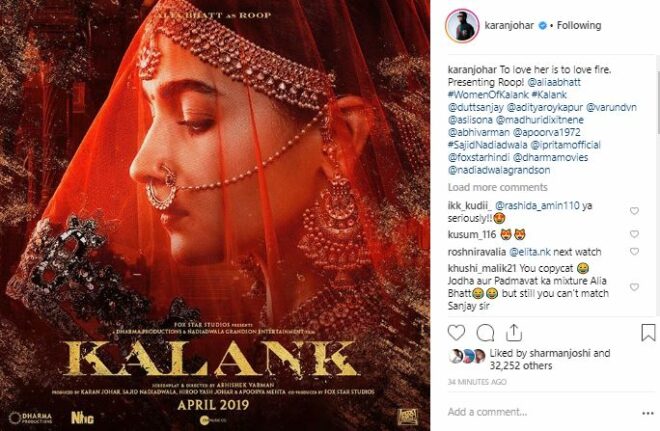 Makers of the film are successfully keeping the audience on their toes by unveiling the character posters one after another, leaving the fans asking for more.

Karan on Wednesday shared an emotional note along with sharing the first look for his upcoming production ‘Kalank’ as well.

He tweeted the same and wrote that Zafar ‘flirts with life and danger.’

The film is set to hit the big screens on April 19.