TEL AVIV: An 18-year-old Israeli teen hurled a tomato at the Prime Minister Benjamin Netanyah at marketplace was captured on camera and is doing rounds on social media platforms.

The incident took place on Tuesday during a campaign when Netanyah along with his wife, Sara toured the Hatikva Market, in Tel Aviv City, in central Israel ahead of the Israeli legislative elections on April 9th.

The tomato, which was thrown in the PM’s direction, reportedly did not hit Netanyahu or his wife Sara because of being surrounded by a Israeli police and security guards.

The teen tomato thrower, who remained unidentified, was detained by Israeli police and was taken into custody for questioning Wednesday morning. However, she was granted conditional release shortly fterwards. 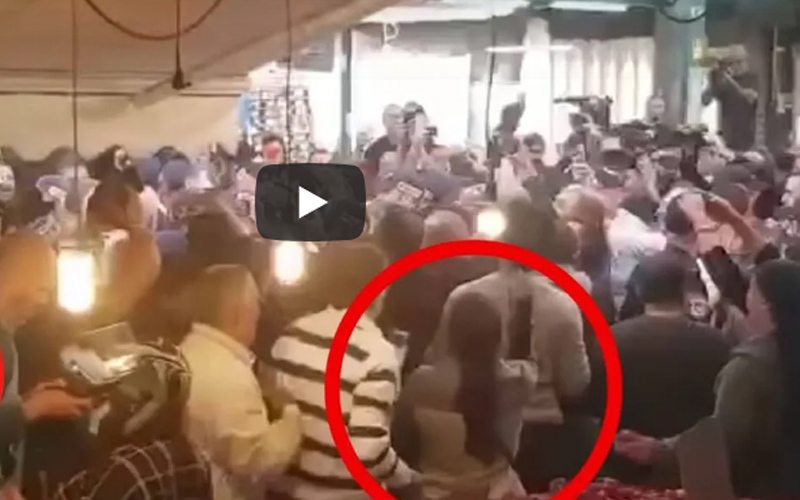 Netanyahu’s election challenger, Benny Gantz, put out a message condemning the tomato throwing and violence via Twitter, reading, “I strongly condemn the throwing of tomatoes at Binyamin Netanyahu at the Hatikva Market. Israel needs unity – not violence.”

On the other hand, supports welcomed Netanyahu, 69, while chanting “Bibi (Netanyahu’s nickname) is the king of Israel.”

Watch the video below: