“…No Muslim candidate has been given ticket from Delhi. There are 5 senior Muslim leaders who are five times elected MLA and are very popular in the Muslim and other communities…there is very resentment among the people and political circle for not given ticket in the Parliamentary elections,” the letter read.

Citing seniority of leaders, former Delhi Deputy Speaker Shoaib Iqbal said, “We all 5 ex-MLAs are very senior and are very active in politics and also very popular in the Voters of Delhi of every community.”

Pushing forth their demand, the leaders said that keeping in mind the number of Muslim voters and the contribution of these 5 senior leaders and their track records of winning the elections, the former MLAs said there must be at least one ticket for one of them from either Chandni Chowk or North East Delhi parliamentary constituency. 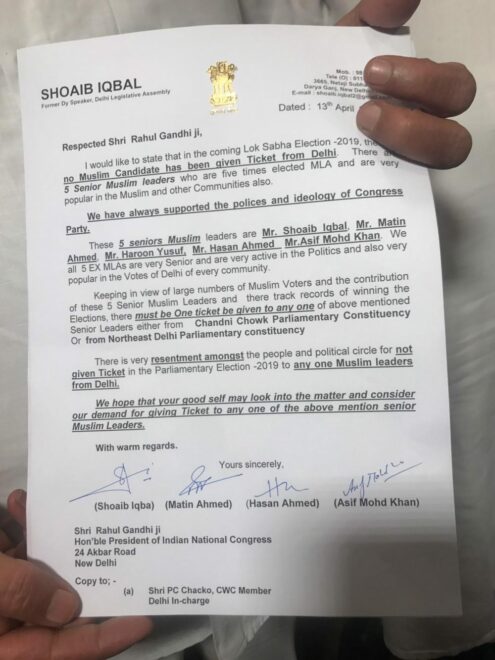 All seven Lok Sabha seats in Delhi will go to polls in a single phase on May 12. The results will be announced on May 23.