Caught on camera, Trainer pushed a girl to death

A National Disaster management training programme being held at Kovai Kalaimagal College of Arts and Science in Coimbatore has witnessed a disaster since an untrained man conducting a disaster drill at a Tamil Nadu college pushed a 19-year-old student N Logeswari a second-year student was studying for a business degree. She was pushed from a second-floor ledge by a trainer TR Arumugham. causing her death. Witnesses said Lokeswari was afraid though a small group of people below promised to catch her.

The bizarre disaster preparedness drill took place on Thursday at the Kalai Magal Arts and Science College in Coimbatore. Eyewitnesses allege the girl was not willing to jump. The trainer then pushed her and she fell hitting her head on the ledge of the floor below. She was declared dead on arrival at a nearby hospital, police said.

A total of 20 students were part of the training which was announced 45 days back. Several students had already jumped successfully on to the safety net when the drill started at 3 pm. The college block where the training was conducted had three floors and students were jumping off the second floor. 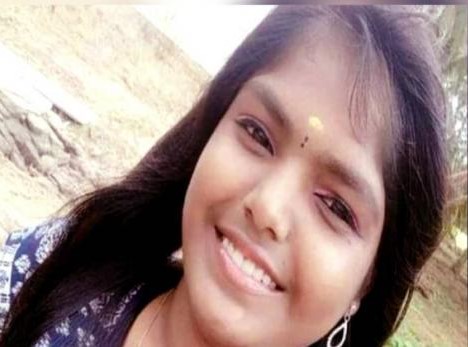 The police have sent the body for postmortem and the family has been informed. The incident was highlighted after a video clip of the undergraduate student falling from the college building went viral on social media. A case has been registered against trainer TR Arumugham.