Mumbai: Bollywood actress Bipasha Basu has tied the knot with Karan Singh Grover in a private ceremony which was a mix of Punjabi and Bengali rituals at a suburban hotel here.

Bipasha, 37, looked radiant in her all red bridal attire which she teamed with the traditional Bengali white tiara and red-white chandan dots adorning her forehead. 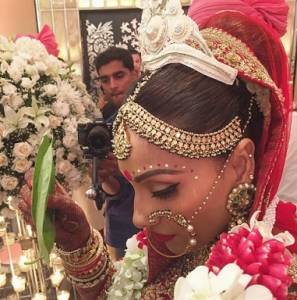 34-year-old Karan, who co-starred with Bipasha in “Alone”, made a quirky entry as he arrived at the venue on a segway wearing a white sherwani. 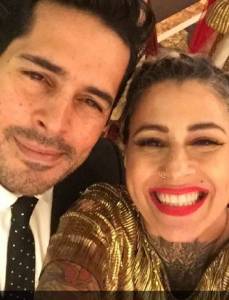 The entrance of the venue was decorated with flowers, while Bipasha and Karan’s pre-wedding photoshoot pictures have been used as wallpapers.

The couple will host a dinner party later.A mehendi and sangeet ceremony was held on Friday which was attended by family and close friends like Shilpa and Shamita Shetty and Anusha Dandekar among others.

A traditional Bengali ritual was also held at her residence on Thursday.It is Bipasha’s first marriage while Karan has tied the knot for the third time. He was previously married to TV actresses Shraddha Nigam and Jennifer Winget.