Mumbai (Maharashtra): Bajaj Finance, India’s leading non-banking financial services company, had recently launched a gamified campus competition ‘EON’ to engage bright young minds and encourage them to build a career in BFSI. The focus of EON was to give an opportunity to the students to understand the workings of an NBFC. Through this competition, Bajaj Finance encouraged students to come up with the most profitable ways of running the operations of an NBFC.

EON was played in teams of three students each. In this competition, participants had to build their own NBFC with two sales and one credit officer. The teams needed to grow their business by lending to the right customers at the right interest and stay profitable. The game was played over four quarters (modelling of a financial year) and across three different product categories. The teams had to take the right decisions of selecting & approving the right customers and earn individual incentives. The team with the most profitable NBFC at the end of the fourth quarter wins. As rewards, the winners received exciting cash prices.

“EON gives students a chance to peek into the world of NBFC and get acquainted with the sector. It is an opportunity for them to explore a fast-growing sector to build a career”, said Anupam Sirbhaiya, Chief – Human Resources, Bajaj Finance about the gamified competition.

The competition was launched across 22 management institutes in India. With a footfall of 3125 students 586 teams across the 22 campuses, EON, offered a chance to learn about the finance sector and imagine a new reality.

This story is provided by BusinessWireIndia. 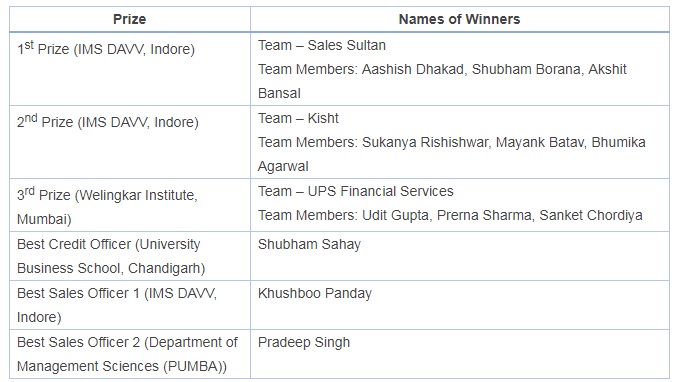