Washington: A huge asteroid called 3200 Phaethon which measures three miles (5 km) in diameter, will pass from near the Earth on December 16, 2017. The next pass is predicted to be in 2093 when it is expected to pass at just over 1.8 million miles (2.9 million kilometers) away. 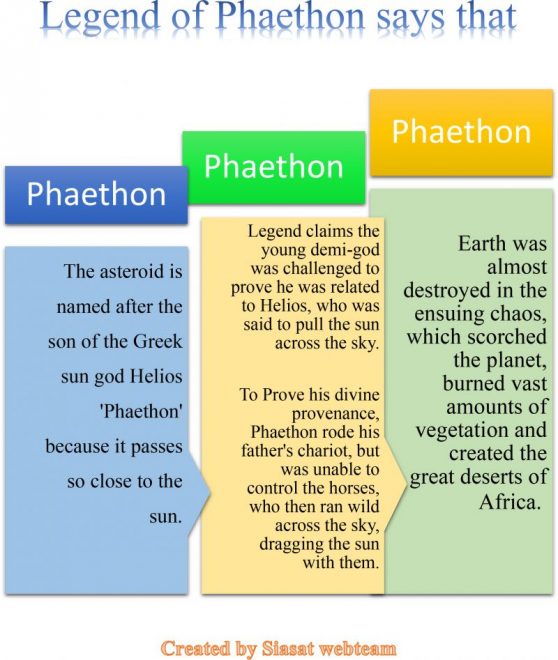 It is classified as potentially hazardous. The asteroid is half the size of Chicxulub, the rock that wiped out the dinosaurs. Its unusual orbit will see it pass closer to the sun than any other named asteroid.

‘With a diameter of about 5km, Phaethon is the third largest near-Earth asteroid classified as “Potentially Hazardous.” said a spokesperson for NASA.

The NASA spokesperson further said that: ‘Phaethon will approach within 0.069 au of Earth on 2017 December 16 when it will be a strong radar imaging target at Goldstone and Arecibo.

‘This will be the best opportunity to date for radar observations of this asteroid and we hope to obtain detailed images. The images should be excellent for obtaining a detailed 3D model.’
3200 Phaethon has features of both an asteroid and a comet. This characteristic feature has amused the scientists.