The channel announced its anchorless initiative by putting out a full page advertisement in The Hindustan Times announced that it has become “India’s first news channel to go anchorless”. 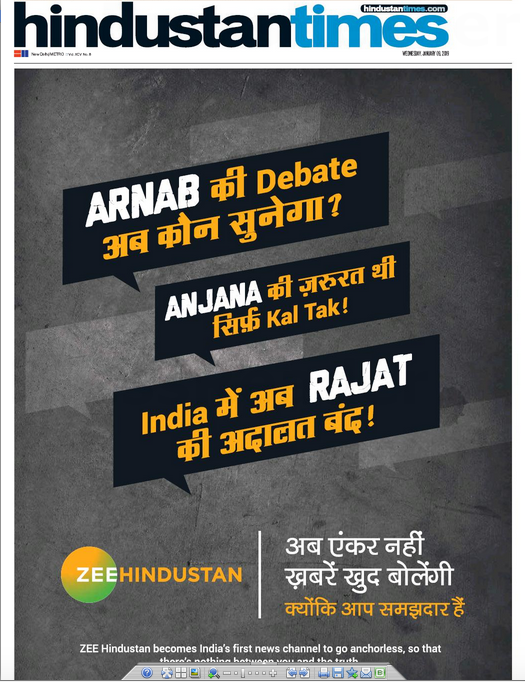 In its advertisement, the channel said: “Ab anchor nai, khabrein khud bolengi, kyuki aap samajhdaar hai (now anchors won’t, news will speak on its own because you are intelligent).”

The newspaper advertisement has created quite a buzz on social media too.

@Zee_Hindustan , you call this healthy competition????
What ad is this!!!
Anjana has been great for ages and Arnab doesn't even belong to the Hindi genre….. and most importantly people decide whom they'd watch and whom they wouldn't!!!! pic.twitter.com/sbXTQ8L0hL