LUCKNOW: After the Bareilly District Magistrate in a Facebook post raised questions over the Kasganj violence, another UP official wrote “bhagwa (saffron)” was behind Kasganj killing.

Speaking to The Sunday Express, Rashme Varun, the Deputy Director (Statistics), Saharanpur division stated that “bhagwa (saffron)” was behind the death of Chandan Gupta.

When they reached a minority community-dominated locality, some “anti-social elements” pelted stones and opened fire. In this firing, Chandan was killed and two others were injured. 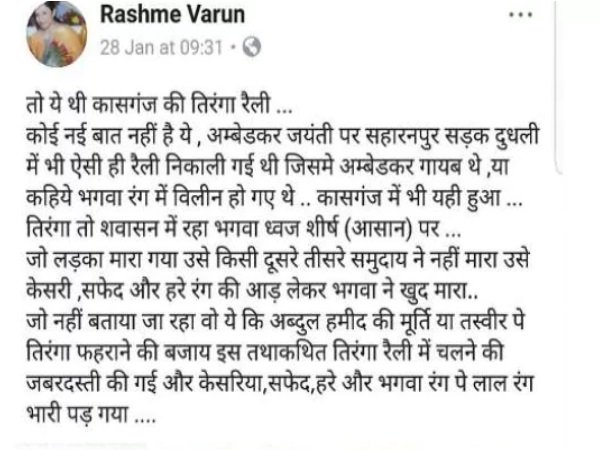 When asked for an explanation, she said she wrote her post “around five-six days back”. “My intention was not to hurt anybody… I wrote the word ‘bhagwa’ by mistake but without any intention, and I apologise for my post,” Varun was quoted as saying by The Sunday Express.